Welcome to the Parts and Services Department!

What can we help you with?

Give your Harley-Davidson the service it takes to keep it running! Schedule motorcycle maintenance or repair right here. Our top-notch service staff will get your bike back to you and back on the road, as soon as possible! Save yourself some time.

Submit this form below and we will call to confirm your appointment. It doesn't get much easier than that. 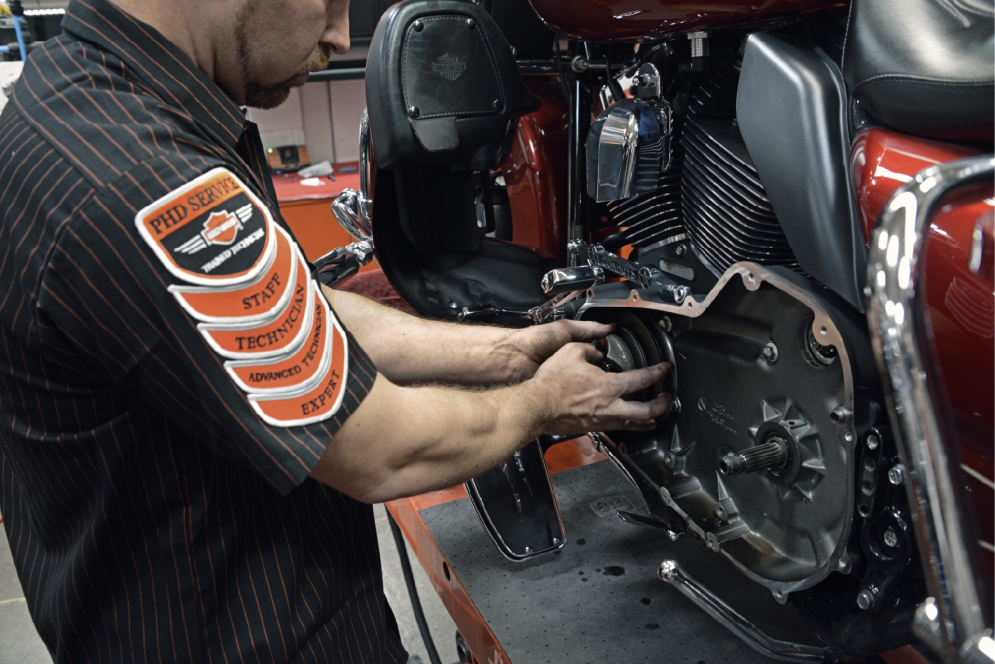 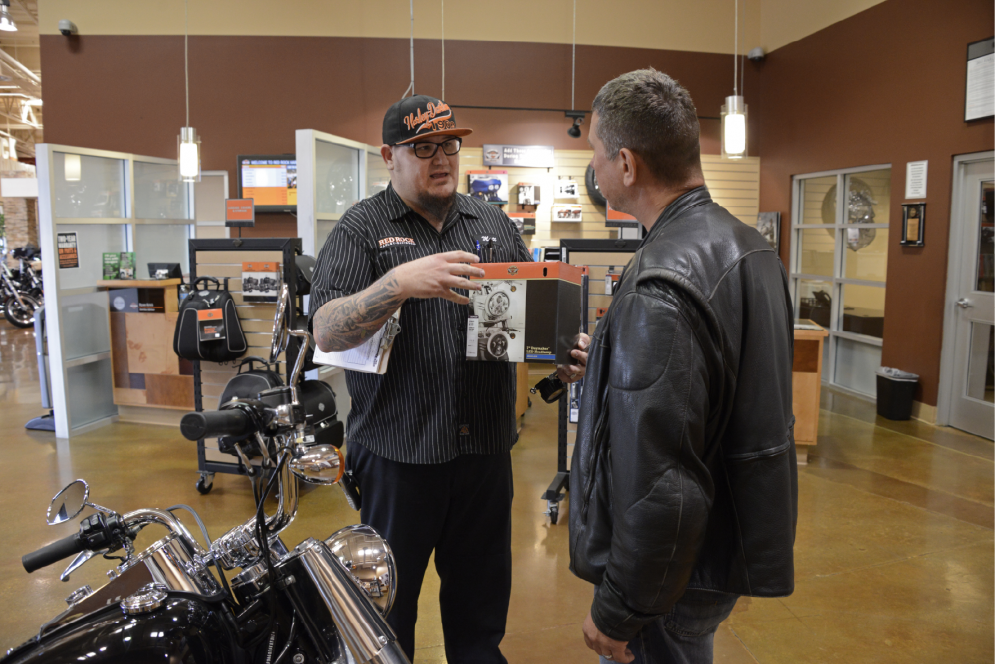 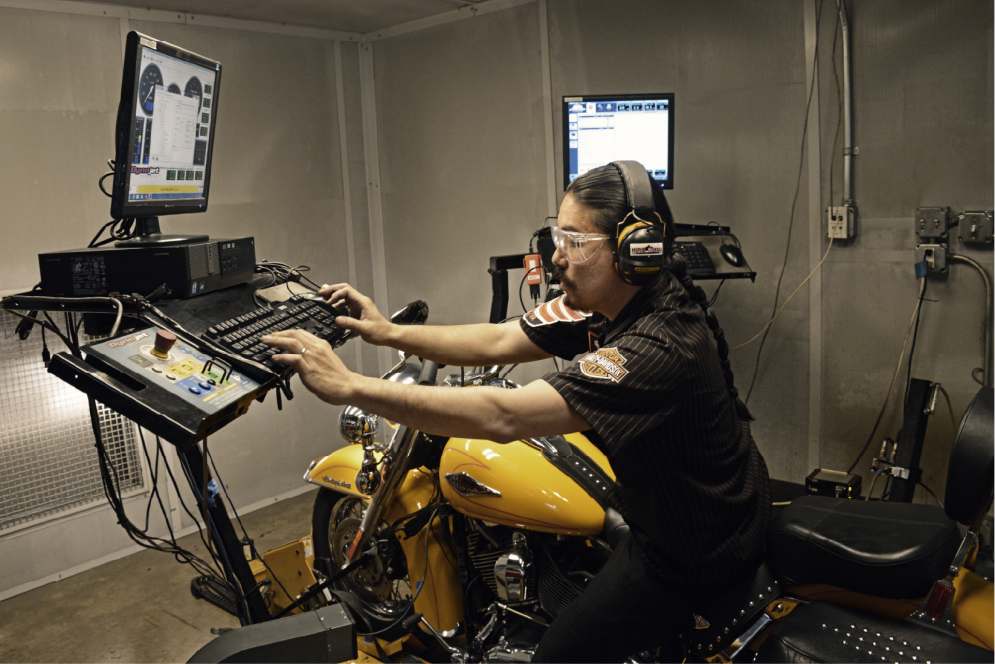 Regular maintenance will help keep your H-D motorcycle operating at peak performance. Your Harley-Davidson dealer knows best how to service your motorcycle with factory approved methods and equipment assuring you of thorough and competent workmanship.

Depicted are areas serviced during the recommended 1000 mile service for a 2017 Touring model. Refer to owner's manual for more details.

Trust Gateway Harley-Davidson® with all of your service needs, our technicians hold certifications from many different institutions, and we are all Harley-Davidson® enthusiasts who can't wait to work on your ride! Contact us to talk about the mechanical issue you're experiencing or use our online form to book an oil change now! No repair is too big or small for the Gateway mechanics to handle and we're eager to provide you with an impressive level of customer service that will keep you coming back to our motorcycle dealership time and time again!

Here at our St. Louis, MO location we only use genuine parts during your service so that we can help maintain your ride's resale value should you ever wish to trade it into our dealership! Genuine parts also ensure all the components are able to work together to deliver you with the smooth ride you seek! We're just a short ride away from Chesterfield, MO so give your Harley-Davidson® a little TLC before taking on that next open road adventure, head over to the service department at Gateway Harley-Davidson® now! 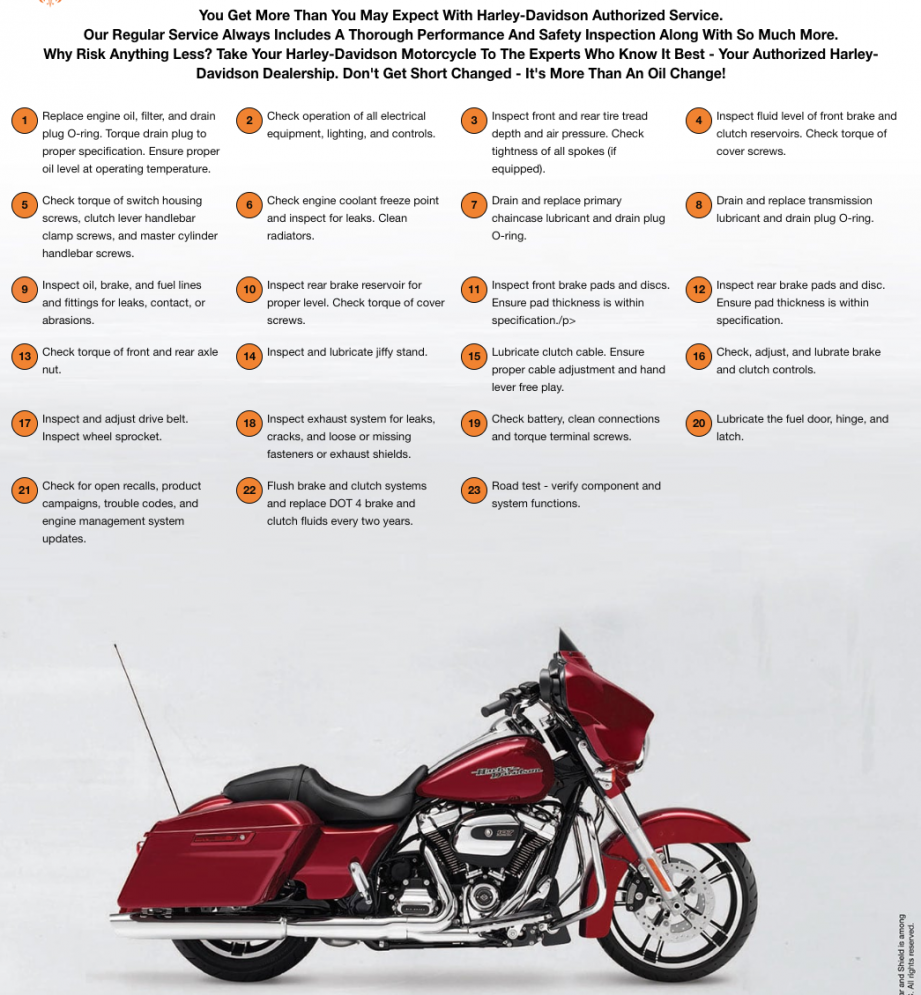 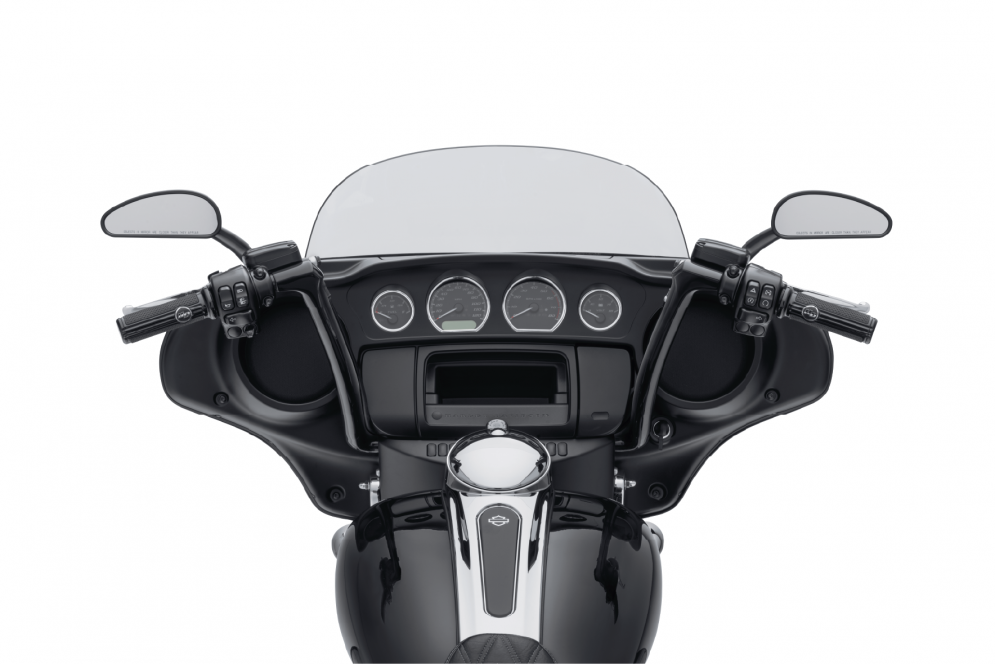 Here at Gateway Harley-Davidson®, we understand that we have some biker enthusiasts who can't wait to spend their Saturday working on their aggressive touring motorcycle and we fully support that! In fact, we have a dedicated parts department that is here to help with all your repair and maintenance needs! Our inventory is fully stocked with genuine components and accessories so you can get a quick repair done or get to work customizing your ride! Our dealership is located in St. Louis, MO so drop by whenever you get a chance or take advantage of our online form to order the Harley-Davidson® parts you need right now!

Provide your Harley-Davidson® with the high level of care that it deserves, only use genuine parts and accessories during all services and repairs. Items that have been specifically engineered for your motorcycle model have a number of benefits, including helping to maintain the resale value of your ride should there ever come a time when you'd like to upgrade. Genuine parts also help protect the interior components of your Harley-Davidson®, ensuring that all items are able to work together, which ensures the performance is never compromised. Safeguard the health of your motorcycle, visit Gateway Harley-Davidson for all your OEM needs today!

Don't worry if you're not sure about the inner workings of your motorcycle; we have a professional service department that only uses genuine parts during your scheduled appointment so that we can keep your Harley-Davidson® authentic! Use our form to schedule an appointment today or contact our dealership to discuss a particular need.

Get in touch with our Gateway Harley-Davidson location in St. Louis, Missouri when you need the latest recall bike information for your new Harley-Davidson bike. We know how important it is to stay safe on the road, so we want to ensure you have the updates you need to ride.

What Happens When Your Motorcycle Needs A Recall?

When a recall occurs, your manufacturer decides if your design has a defect, or NHTSA orders a replacement due to federal safety standards. If either scenario happens, Harley-Davidson will inform you of the recall. We will provide free service solutions for you and your bike.

The NHTSA issued a recall that includes all Model Years from 2008 to 2011 of the Touring, CVO Touring, and VRSC motorcycles outfitted with ABS.

The report takes notice that many of the following motorcycles have gone without the DOT brake fluid flush, which can influence the ABS-equipped brakes. The recall asks all owners of the bikes listed below to submit their vehicle for a one-time brake fluid flush to remedy the issue.

Here is a list of the specific models impacted:

According to the NHTSA reports, Harley-Davidson has a recall for some saddlebags and detachable accessories.

The Harley-Davidson rider can discern that the saddlebag indicator on the back side of the bag is noticeable and that the bag rumbles or comes undone when you move it.

The parts are capable of coming off while the bike is in use. The saddle/bag mounting bracket might also need some work. See listed information of impacted part numbers below:

The NHTSA has issued a recall of around 45,599 motorcycles manufactured by Harley-Davidson Motor Company. The bikes below do not have an oil line clamp appropriately installed. This is a dilemma because the oil can become separated and then there can be a substantial loss of engine oil. The matter impacts US bikes made between 03/08/16-05/09/2017. The particular part numbers to look out for are:

All reports can be found on the NHTSA website.

NEED SOME HELP WORKING WITH OR AROUND THAT PESKY KEY FOB? Well you're in luck!

STARTING YOUR HARLEY-DAVIDSON WITH YOUR KEY FOB

Have You Forgotten Your Alarm Override PIN?

If So, You Need To Have Your Assigned Fob Present!

STARTING YOUR HARLEY-DAVIDSON WITHOUT YOUR FOB!

If You Know Your PIN, Here's How To Start Your Harley-Davidson Without the Key Fob!

Your Harley® is more than just metal, it is an extension of your personality. From our custom paint and seats to handlebars and wheels, we have thousands of genuine accessories so you can customize your Harley-Davidson®.

In fact, whatever you dream we can build minimizing your time off the road, come in store to check out the latest accessories and chat to one of our team on how we can build your dream ride.